A notable validation, the New Jersey State Legislature issued a Joint Legislative Resolution formally recognizing the conference as the state’s official observance of Work Zone Safety Week. The  national event this year was April 8–12, and the theme was “Drive Like You Work Here.”

The day began with opening remarks from Robert Clark, Federal Highway Administration–New Jersey Division administrator; Richard Mendelson, regional director of the Occupational Safety and Health Administration; and Snehel Patel, assistant commissioner from the New Jersey Department of Transportation. All three speakers emphasized that both drivers and workers need to do their parts when it comes to keeping work zones safe. Drivers need to slow down and resist distractions from electronic devices. Workers must set up work zones properly and remain vigilant in these potentially dangerous job sites.

Retired Pennsylvania State Trooper Robert Bemis told his riveting personal story in the keynote address. Trooper Bemis, a veteran of the United States Marine Corps, was struck by a motorist while trying to extinguish a car fire on the road shoulder. Rob was so severely injured that from that day until now, he requires crutches to help him walk. In addition to being a hero and a dynamic speaker, Trooper Bemis also is a published author. His presentation illuminated how important it is to stay vigilant when working in potentially dangerous roadways.

All four recipients were honored for excellence in leadership, expertise, judgment, communication, and their contributions in ensuring a safe environment for roadway workers throughout the region who put it on the line every day. 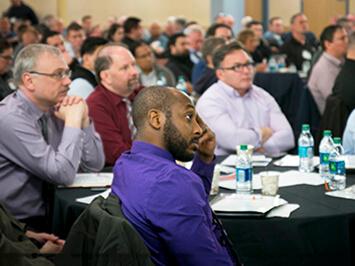 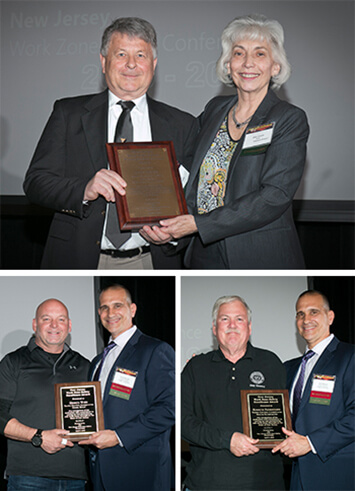