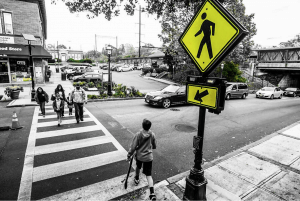 The observational study found a 60 percent reduction in vehicles failing to stop before turning right at a red signal or stop sign, among other safety improvements.  Photo ©NJTPA.

A collaborative research project shows that the Street Smart NJ program, created in 2013 to address pedestrian safety in the state, is changing the behaviors that contribute to pedestrian-vehicle crashes.

It might seem obvious that safety should be a priority for everyone, but when it comes to following the rules of the road—rules that can prevent fatalities and injuries—sometimes people need reminders.

That’s what collaborative research from the Rutgers Center for Advanced Infrastructure and Transportation (CAIT) and Rowan University found in an analysis of the Street Smart NJ campaign’s impact on pedestrian safety at intersections in eight communities in 2018 and 2019.

The NJTPA regularly evaluates its Street Smart NJ program to ensure it remains effective in improving safety. The NJTPA contracted with Rutgers CAIT and Rowan University to evaluate campaigns in 2018 and 2019.

“The NJTPA asked us to examine the behavioral change of pedestrians and motorists through observational data at various high-risk intersections,” said Dr. Mohammad Jalayer, a professor at Rowan University and lead author of the study. “These types of measurements are important, as they allow agencies to better use their resources when deciding what programs to continue and how to continue them.” 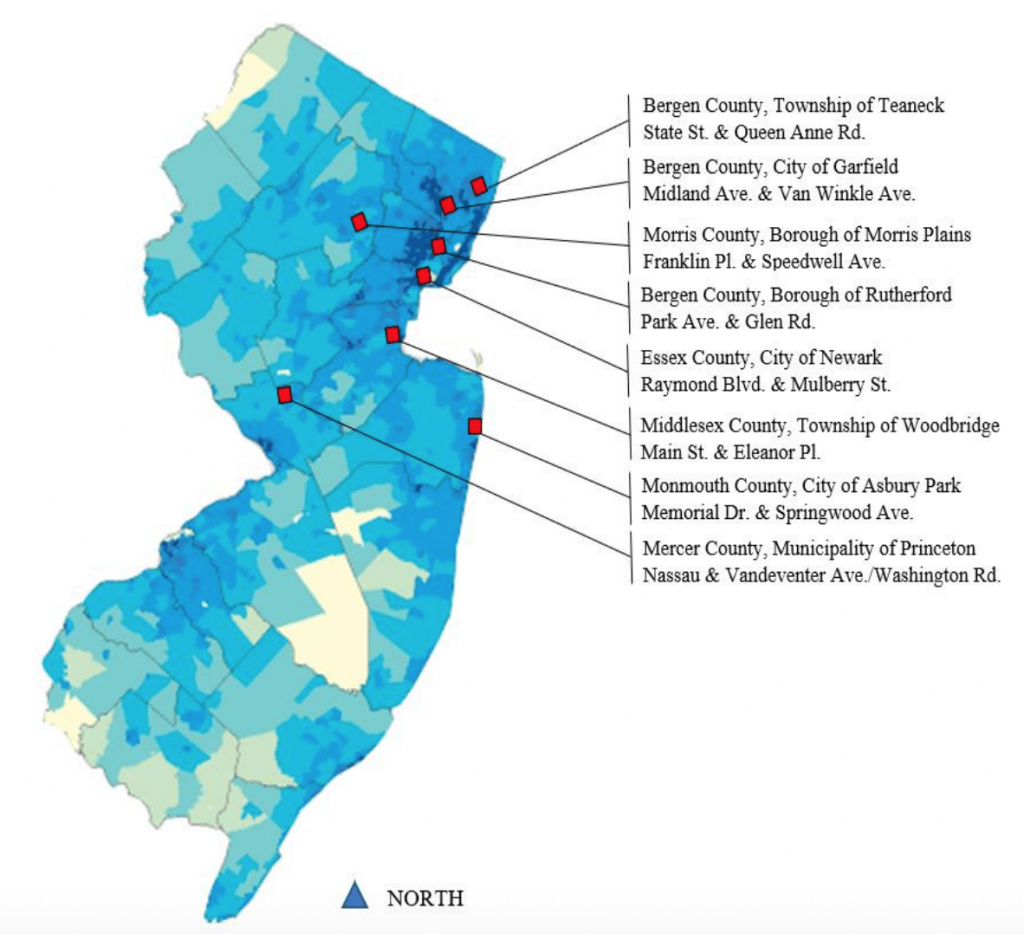 The observational study tested for behavioral change by noting behaviors at high-risk intersections in Asbury Park, Garfield, Morris Plains, Newark, Princeton, Rutherford, Teaneck and Woodbridge. Researchers looked at the failure of vehicles to stop before a right turn at a red signal or stop sign; turning vehicles failing to stop for pedestrians; vehicles running a red light or stop sign; and pedestrians crossing unsafely (against the signal or outside the crosswalk).

“These results illustrate that Street Smart NJ is helping make our roads safer for everyone,” said Union County Freeholder Angel Estrada, Chair of the NJTPA Board of Trustees. “By combining education and enforcement we can make a difference and help New Jersey work toward its goal of zero fatalities.”

After separating the data by intersection type and traffic control, non-compliant pedestrian and driver behaviors also improved, the study found. Overall, all intersection configurations (5-leg, 4-leg, and 3-leg) were associated with favorable outcomes following the campaigns.

For the behavioral study, surveys were distributed before and after Street Smart NJ campaigns in Asbury Park, Garfield, Morris Plains, Newark, Princeton, Rutherford and Woodbridge. 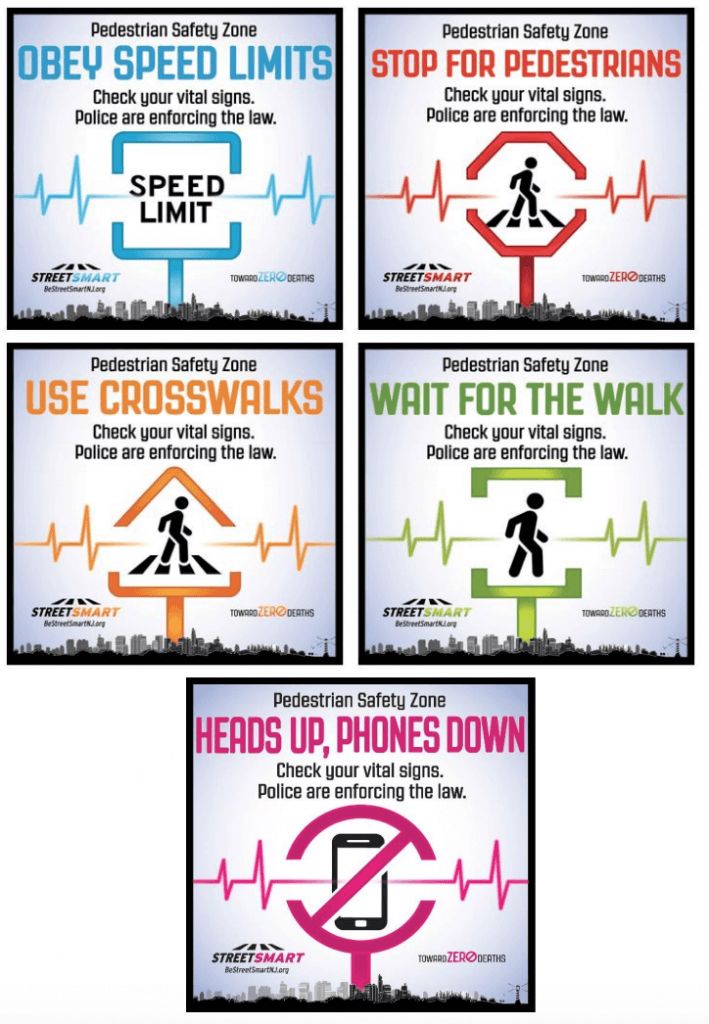 Examples of some of the graphical messages that have been used in Street Smart NJ campaigns to change driver and pedestrian behaviors. Photo ©NJTPA.

The surveys were promoted throughout the communities—on municipal websites and via social media—and in person at target intersections. In total, 2,241 people completed the survey. Survey respondents were asked to report on their own actions and observed behaviors of others.

Following Street Smart campaigns the results show improvements in pedestrian and driver non-compliant behaviors including pedestrians crossing mid-block without a crosswalk, pedestrians crossing while using a cell phone, drivers speeding near high volumes of pedestrians, and drivers running red lights or stop signs. Most communities also saw statistically significant improvements in awareness of Street Smart NJ campaign messaging, including “Wait for the Walk” and others.

“Street Smart was created in response to the Federal Highway Administration designating New Jersey and the City of Newark a pedestrian focus state and city due to their high pedestrian fatality and injury rates,” Dr. Szary said. “These results show the program is improving safety. Hopefully the findings will encourage more communities to participate in this important program.”

According to the National Highway Traffic Safety Administration (NHTSA) data, in 2017 there were more than 5,977 pedestrian deaths and 85,000 pedestrian injuries due to traffic crashes in the United States. In that same year, New Jersey ranked second in the nation for percentage of pedestrian fatalities with respect to total traffic fatalities—at nearly 30 percent.

Since its inception in 2013, Street Smart NJ has grown from five pilot locations to more than 100 municipalities across the state. The program partners with law enforcement, community groups, local officials, NJ Transit, the New Jersey Division of Highway Traffic Safety (NJDHTS) and the state’s eight Transportation Management Associations (TMAs), among others. Street Smart was modeled after other successful behavioral change campaigns including “Click it or Ticket” and “Drive Sober or Get Pulled Over,” which combine enforcement with public education.

Dr. Jalayer said the program’s growth is a good sign.

“Overall, the observation results demonstrate the positive impact of the Street Smart NJ campaign on changing pedestrian and driver behaviors,” he said. “We hope that the NJTPA will use this information to continue to run the campaign effectively and that in the future more stakeholders will reach out for assistance with evaluating their own safety initiatives.”