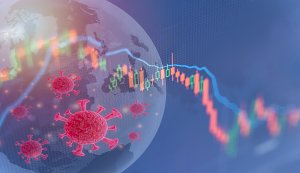 Dean emeritus of the Edward J. Bloustein School of Planning and Public Policy at Rutgers, Dr. James W. Hughes, has been tracking the economic impacts of COVID-19 throughout the pandemic with his series of “Fast Track Research Notes.” As recovery continues and vaccines are distributed at a larger scale, he discusses some of the shifts that have occurred and what things might look like as the state and nation rebuild their economies.

The COVID-19 pandemic has significantly impacted many facets of life, but especially the way that people work. Dr. James W. Hughes, also an affiliated researcher at the Center for Advanced Infrastructure and Transportation (CAIT), said that the virus has forced companies to become more flexible and innovative in how they operate.

“Working from home essentially took some of the trends we were starting to see in the workplace and turbo charged them,” Dr. Hughes said. “In some sectors we made what would have been several years’ worth of advancements in a matter of weeks.”

He added that the growth of information sharing and communication technology such as Zoom is a key example. 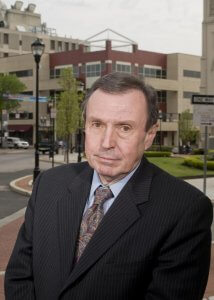 While these adaptations helped sustain a number of jobs throughout the pandemic, there were also great losses both in New Jersey and across the nation. Dr. Hughes said that approximately half of the 720,000 jobs lost in the state during the early months of the pandemic have come back, but many in different formats and altered by the virus.

As vaccines continue to roll out, he said recovery will be accelerated but it will most likely still be a 2 to 3-year period before everything is “back to normal.”

The Centers for Disease Control and Prevention reported that approximately 99.6 million people have received at least one dose of a Covid-19 vaccine as of April 1st, and in New Jersey 34% of residents have been given at least one shot of a vaccine as well.

While the vaccine has helped, many face-to-face positions and jobs directly impacted by the shutdown still have yet to return.

“Since February 2020, the U.S. is still down (as of March 2021) approximately 8.4 million jobs,” he said. “Historically, and considering long-term average annual growth pre-pandemic, it would take us four years to fully recover jobs lost during the last year.”

But that prediction might be a bit pessimistic he added, as there are other factors such as vaccine roll out that could speed things up. For example, he said that as vaccinations improve people are going to be more confident in going back to restaurants and other businesses that include face-to-face interaction.

He also said that despite the economic downturn, there has been a tremendous buildup in personal savings. That, combined with a pent-up demand for travel, vacations, and social activities, points to a potential increase in spending and economic stimulation as the pandemic subsides.

Lastly, he added that people are only just now starting to feel the impact of the last rescue package, and once the $1.9 trillion stimulus package unfolding now begins to materialize it could precipitate a major consumer boom that would also help recover lost face-to-face jobs. All considered, Dr. Hughes said that a 2-year full economic recovery may be a more optimistic outlook.

“The consensus is that we are not back to February 2020 but are moving closer to more face-to-face business returning in the state and nationwide,” he said. “At the same time, it is expected that virtual events, work-from-home, and other practices established during the pandemic will continue at a greater level than they ever did prior to the pandemic as well.”

So how does all this affect transportation? Dr. Hughes said that a large component of how public transit will be impacted has to do with how and when employers bring workers back to the office.

For example, the broader tri-state, metropolitan area has lost approximately 2 million of its 10 million jobs during the pandemic — and many who kept their jobs were working from home – which has meant less people traveling on the roadways and making their daily commutes.

As thoughts about working from home have changed and developed over the past year, Dr. Hughes said that a significant portion of those currently working remotely will not be going back to the office 5 days per week as the pandemic subsides.

“Having employees that used to be in the office everyday transition to a remote or semi-remote role could have a significant impact on the number of people traveling in and out of New York City and other metropolitan areas,” he said. “This change would also than impact the needs and expectations of the various roadways, tunnels, and bridges that service these workers and the agencies that run them.”

Similarly, Dr. Hughes said that housing trends have been accelerated by the pandemic as well. Nationwide, the U.S. is on the verge of the biggest housing boom since 2006 as family-raising millennials have been pushed “off the fence” of apartment living and toward suburban housing.

Housing market change impacts travel patterns too, he said, as now large portions of the working public may have different routes to work and travel expectations than they did prior to the pandemic.

Political decisions being made now can impact recovery, and transportation, as well.

Dr. Hughes said that the potential $2 trillion infrastructure bill being considered by the Biden Administration should be expected to have impacts, just not as much in the short term. He added that it takes years for the impacts of these funds to materialize, but infrastructure decisions made now during COVID-19 will surely be impactful overtime.