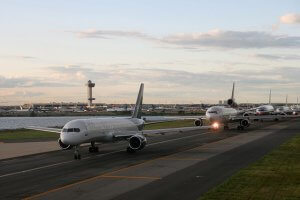 The research found that because structural and functional performance of airfield pavement may deteriorate differently, two sections with the same PCI may have different deteriorations and need different M&R treatments Photo ©Wikimedia Commons.

As part of his latest UTC project, Dr. Hao Wang has been working on a framework that has the potential to inform airport authorities about the condition of their airfield pavements, and when it might be time for maintenance and rehabilitation.

Hitting a pothole on your morning drive to work could mean spilling your coffee, but a plane hitting one while trying to land could have catastrophic effects. While you will spend most of your time in the air during your next flight, runways and airfield pavement remain critical pieces of airport infrastructure.

Dr. Hao Wang, an associate professor in the Department of Civil and Environmental Engineering at Rutgers and a CAIT-affiliated researcher, is leading the study. He said that analyzing these indexes can result in more durable and sustainable airfield pavement in the long-term, and has the potential to help find improvements to the current practices in airfield-pavement management systems.

“Because of frequent traffic loading, airport pavement like all other pavements will deteriorate overtime,” Dr. Wang said. “But, this pavement is a very critical asset as it costs a lot of money to rebuild and repair, but also causes delays. So, for this project we basically wanted to find out what Pavement Condition Index gave airports the best indication of service life that can be used for decision making in an airfield-pavement management system.” 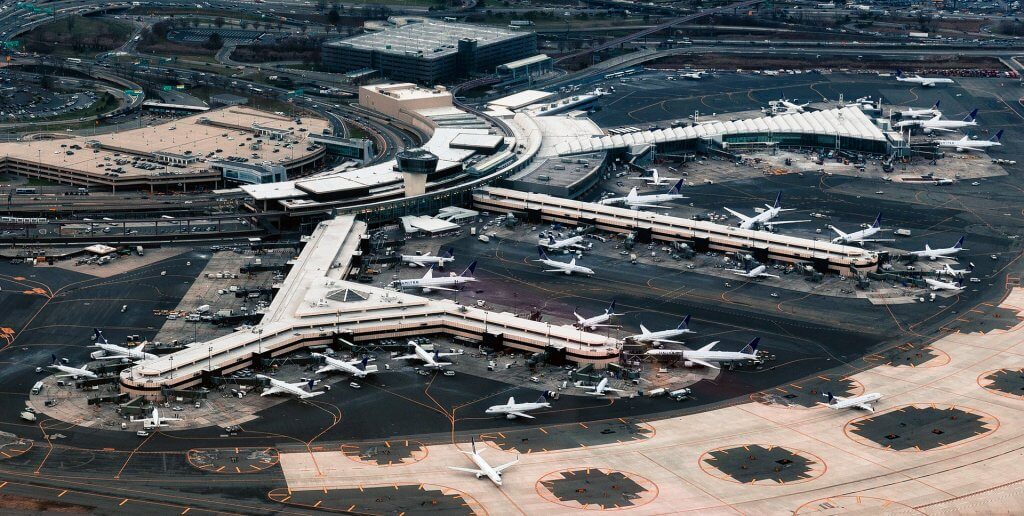 The study findings indicate that PCI, SCI, and FOD for planning of M&R treatments may not be fully replaced by each other, although correlations exist between them. Photo ©Pixabay.

“But, because structural and functional performance of airfield pavement may deteriorate differently, two pavement sections with the same PCI may have different deteriorations and need different M&R treatments,” Dr. Wang said.

For example, load-related structural distresses are critical for assessing the structural capacity of airfield pavement under aircraft-traffic loading. In this case, Structural Condition Index (SCI) can be an alternative index to help airport authorities determine the time and type of pavement repair.

Another example, some pavement distresses such as block cracking and patching can create loose components that may cause potential damage to aircraft engine and tires, he said. This type of damage on the aircraft engine is known as Foreign Object Damage (FOD), and it is estimated that the total cost caused by FOD can be up to $12 billion counting indirect costs from delays, additional fuel consumptions, and plane shifts.

If such pavement distresses increase considerably and affect the safety of aircraft operation, the proper maintenance treatment is needed, Dr. Wang explained.

Since the pavement distresses and the corresponding failure thresholds of each condition index are different, comparing the ability to use different condition indexes on estimating the service life of airfield pavement can be challenging. 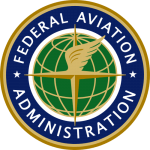 Using the comprehensive FAA PAVEAIR database, Dr. Wang and researchers investigated the consistency and relationship of the three indexes: PCI, SCI, and FOD.

The statistical analysis results show that the service life of airfield pavement estimated by PCI is significantly longer than the ones estimated by FOD and SCI in general. However, pavement surface type (asphalt or cement concrete) and branch uses (runway, taxiway, or apron) can affect the comparison results between these condition indexes.

The study findings indicate that the use of PCI, SCI, and FOD for planning of M&R treatments in airfield-pavement management systems may not be fully replaced by each other, although correlations were found between them.

In addition, it is suggested that different thresholds of Pavement Condition Indexes may be needed by airport authorities for defining the service life of runway, taxiway, and apron pavements, since their importance levels are different.