Ride-hailing apps are beginning to support mobility in cities and suburbs through true multimodal integration with existing public transit systems. Collaboration between public transit and ride sourcing have been a vision for many transportation and public-sector representatives ever since technology-based ride hailing (such as Uber and Lyft) and shared-mobility services (such as car sharing and bike sharing) have emerged.

In March 2016, the American Public Transportation Association (APTA) published a study showing that ride-sourcing and car-sharing services can play a valuable role in complementing  traditional fixed-route transit. Over time, ride sourcing has become more integrated into the urban and suburban fabric, and recent partnerships that expand existing public transit routes have arisen—particularly in peripheral areas where commuters rely on public transportation.

One New Jersey municipality, the Township of Summit, developed a solution to the “last mile” problem, which faces many suburban communities, by forming a partnership with the ride-sourcing company, Lyft. Like many New Jersey towns served by public transit to New York City, commuter parking-lot spaces at the Summit train station are in high demand and competitive. Despite more than 2,800 spaces available in a mixture of surface lots and parking structures, Summit was facing complaints that parking was saturated before 9 am.

The impetus for Summit’s solution was rooted in the need to accommodate its commuting residents. It could increase built infrastructure parking capacity by converting the existing surface lots to multi-level parking garages or finding new land in close proximity to the train station, both which would be costly. Or, the town could find a different way to provide efficient connectivity. Partnering with Uber initially, and now Lyft, the town began a pilot program to offer commuters rides to and from the train station, instead of having to find parking in the badly congested downtown area.

Enhancements to the program over time include the ability to schedule rides a minimum of 30 minutes in advance and up to seven days prior, and offering pickup hours from 5 am until 11 pm. Thus far, the Summit program has proved successful in bridging the “final-leg” or “last mile” for commuters, which often times cannot be captured in suburban areas due to fixed routes of traditional public rail or bus transit.

The commuting patterns observed in Summit are not unique to this municipality; many New Jersey towns struggle with meeting high demand for municipal and commuter parking options. While transit agencies can provide fixed-route public transportation, which makes up the majority of a commuter’s journey, the burden of the first and last mile usually falls on the individual commuter to figure out, relying on taxis, a ride from family, a commuter parking pass, or some other means. Ride-sharing partnerships with municipalities can be a solution to reducing transit costs and improving service for commuters, especially those that require multimodal transfers within a single trip.

The drawbacks of technology-based apps are obvious: users must have access to technology, participate in the program, and usually have access to a credit card. As partnerships similar to Summit’s continue to evolve, local municipalities should explore how to create more equitable access to municipally sponsored programs, in addition to leveraging funding sources to make the programs attractive, competitive, and efficient alternatives for users. 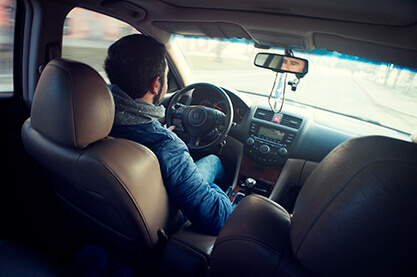