A paper written by Rutgers civil engineering professor and railroad expert, Dr. Xiang Liu, was selected for a special publication by the Transportation Research Board (TRB) that was released in February 2019. Liu is a CAIT-affiliated researcher.

TRB, through SAGE Publications, did an analysis of the most read and cited papers of 2016 and 2017, focusing on citations and mentions in articles, federal reports, and policy documents.  The full text of these articles has been published in a special issue of Transportation Research Record (TRR): Journal of the Transportation Research Board (TRR Volume 2672 Issue 1S). TRB and SAGE are using this issue to raise visibility of TRR and promote access subscriptions to various libraries and online publication systems around the world. 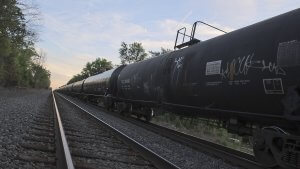 Risk-based optimization of rail defect inspection frequency for petroleum crude oil transportation by Liu and his coauthor, C. Tyler Dick, P.E., was published in 2017. It is the only paper in this TRR special issue that addresses railway challenges. Dick is a senior research engineer at the University of Illinois at Urbana-Champaign, Rail Transportation and Engineering Center.

The rapid expansion of oil production of North America has led to a significant increase in rail transport of crude oil and an uptick in accidents and spills. The researchers were aware that broken rails are often the cause of train accidents, so they set out to more thoroughly assess the relationship between broken rails and crude oil train derailments.

Instead of inspecting all track segments on a route with equal frequency, an alternative, risk-based approach proposed by Liu and Dick that would help railroads identify “hot spots” and concentrate inspection efforts—and resources—on those track segments. Skipping inspection of certain “less risky” rail segments could enable more frequent inspection of higher-risk areas, thus reduce costs and lower risk. The model they developed was used on an example route to validate this theory.

Although the paper focused on crude oil transported in unit trains (i.e., trains composed of all the same type of car), the methodology can be adapted to other trains carrying hazardous materials.

In fact, recently, another paper authored by Liu in the Journal of Loss Prevention in the Process Industries (48 151-161) examined applying risk-informed rail defect inspection for all types of trains, not just unit trains carry crude and other hazmats.

The practice can be further developed and incorporated into a larger risk-management framework for improving rail safety cost-effectively across the industry.

Primary causes for freight train derailments on Class I mainlines, 2001 to 2010

Primary causes of derailments on Class I mainlines are divided into 49 categories or causal groups. Broken rails or welds are, by far, the most common, accounting for 23 percent of total cars derailed during 2001–2010. Causal groups 2 through 10 account for 39 percent. In other words, top-10 causal categories are responsible for 62 percent of cars derailed. The other 39 identified causal groups combined account for the remaining 38 percent. Since broken rails are responsible for most derailments, Liu and others conclude preventing them is likely a promising risk-reduction strategy. 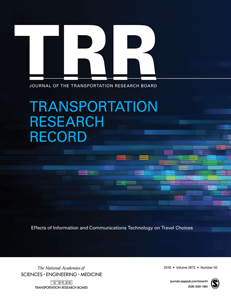 A study on managing risk associated with broken rails by Dr. Xiang Liu was chosen for a special issue of Transportation Research Record that collects papers from 2016–2017 that were most frequently cited and mentioned in journal articles, federal reports, and policy publications.