Rutgers Regional Report examines generational changes from the mid-20th century to the 2020s and beyond, and what it means for future planning and building in the Garden State. 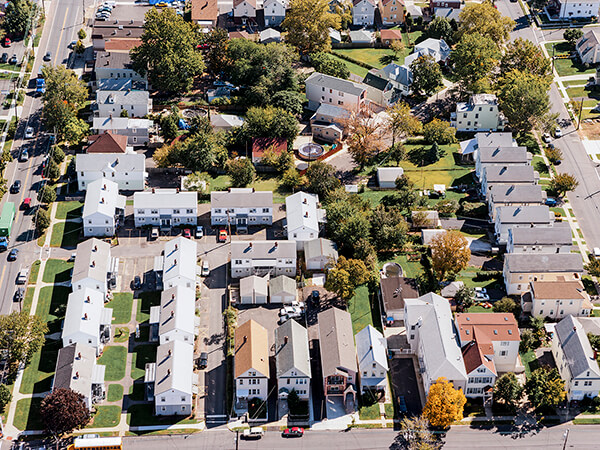 New Jersey is experiencing its greatest “brain drain” yet as baby boomers age out of the workforce. At the same time, the housing market is transforming as boomers downsize while members of Generation Y start families, and school districts get ready for Generation Alpha—the most diverse in recent state history. Photo: ©iStock.

New Jersey is experiencing its greatest “brain drain” yet as baby boomers age out of the workforce. At the same time, the housing market is transforming as boomers downsize while members of Generation Y start families, and school districts get ready for Generation Alpha—the most diverse in recent state history.

All of these changes signal that a passing of the leadership baton is happening in New Jersey as younger generations ascend to the top line of decision makers and bring potential changes to the corporate, policy, planning, and transportation worlds with them.

These demographic shifts and others are discussed in “Move Over Millennials: New Jersey’s Unfolding Generational Disruptions,” the 30th annual Rutgers Regional Report. The report was produced by James W. Hughes, a university professor and dean emeritus of Rutgers’ Edward J. Bloustein School of Planning and Public Policy, and Joseph J. Seneca, a university professor emeritus. It was published by the Rutgers Center for Advanced Infrastructure and Transportation (CAIT).

“For thirty years, the Rutgers Regional Report has focused on providing information to policymakers, thought leaders, and the economic community on the critical issues facing the state, region, and nation,” Hughes said. “And, it has continually analyzed the broader socioeconomic environment that surrounds transportation.”

Since its release last week, this 30th-anniversary edition is already making an impact as Scholarly Open Access at Rutgers (SOAR) reported the paper was one of its 10 most downloaded titles of the week.

Generational dynamics will have significant implications for New Jersey’s public policy and the economy, the authors wrote. How the state’s business, transportation, home building, technology, healthcare industries, and most importantly its education systems and infrastructure respond will affect New Jersey’s status as a national economic and intellectual leader.

According to the report, public and private sectors will find succession planning an increasing concern during the 2020s as boomers retire and members of Generation X ascend to top leadership ranks.

Hughes said this will affect transportation and engineering organizations too, as difficult leadership transitions will take place. At the same time, the automobile-dependent suburban preferences of the baby boom are set to give way to preferences of younger generations, such as millennials who have reinvented the transit-dependent urban geographic norms of the 21st century.

“Because of the aging of the baby boom, the most automobile centric generation in history, the 2020s will be characterized by the greatest growth of a mobility-challenged population cohort in history,” he said. “Providing mobility options for healthy aging is already a growing public health problem. Will emerging transportation technologies and innovations — such as autonomous vehicles and smart driving opportunities — provide some of the solutions?  And, will the aging baby boom be willing to bear the taxation costs of revitalizing our aging transportation infrastructure?”

Millennials will remain the prized labor force for corporate New Jersey and will continue to shape local decision-making, but will be joined by the even more technologically sophisticated Generation Z. Hughes and Seneca said these disruptions are reconstructing the foundation of 21st century New Jersey. 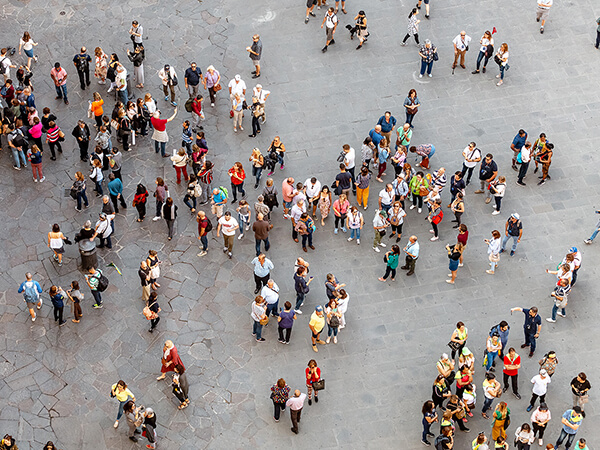 “A passing of the leadership baton is in full force,” Hughes said, who cautions that generational boundaries may be quite fluid.

A formerly dominant baby boom–driven acquisition economy gave way to millennial “experiential” lifestyle preferences, with millennials eschewing boomers’ penchant for suburban McMansion housing and automobiles, he explained. Post-millennials (Generation Z, born 1997 to 2012) and the newly defined Generation Alpha have yet to fully stamp their mark on the state’s landscape, but technology-enabled choices will facilitate moves away from fixed-in-place workplaces and change residential patterns.

Generation Alpha, the first generation born totally within the 21st century, has never known anything other than continuous, instantaneous connectivity, he said.

The study also notes each new generation’s increasing diversity, with U.S. Census data showing the proportion of the white, non-Hispanic population becoming smaller each generation. Millennials are New Jersey’s first modern generation that is minority white, and that trend continues with Generation Alpha.

The 30th anniversary of the inaugural Rutgers Regional Report, this edition honors T. Alexander Pond, who began the report in 1989 while he was executive vice president and chief academic officer of Rutgers.

He envisioned it as an instrument for Rutgers to communicate timely information with state, regional, and national stakeholders, and a way for the university to remain engaged in key policy and planning deliberations.

Hughes said that the report has done just that. Past editions such as “The Emerging Wealth Belt,” “The Suburban Employment Perimeter,” “The New Geography of Services and Office Buildings,” “The Beginning of the End of Sprawl,” “The Receding Metropolitan Perimeter,” and “The Burbs Bounce Back” comprised cutting edge evaluations of the key determinants affecting transportation demand — the changing patterns of where people live and work.

“A Transportation-Driven World Class Economy: New Jersey at Risk,” more directly stressed the long-term importance that transportation infrastructure investment has had on the health and growth of the state economy, he said, as well as the risk that New Jersey faces if that investment lags.