A month away from the 2-year anniversary of this devastating storm, UTC Partners are investigating damage done to pedestrian and transportation infrastructure during Hurricane Maria to find out what specifically caused the failures, and to help the island rebuild stronger. They are also investigating wind speeds during the storm, which might be higher than what was reported. 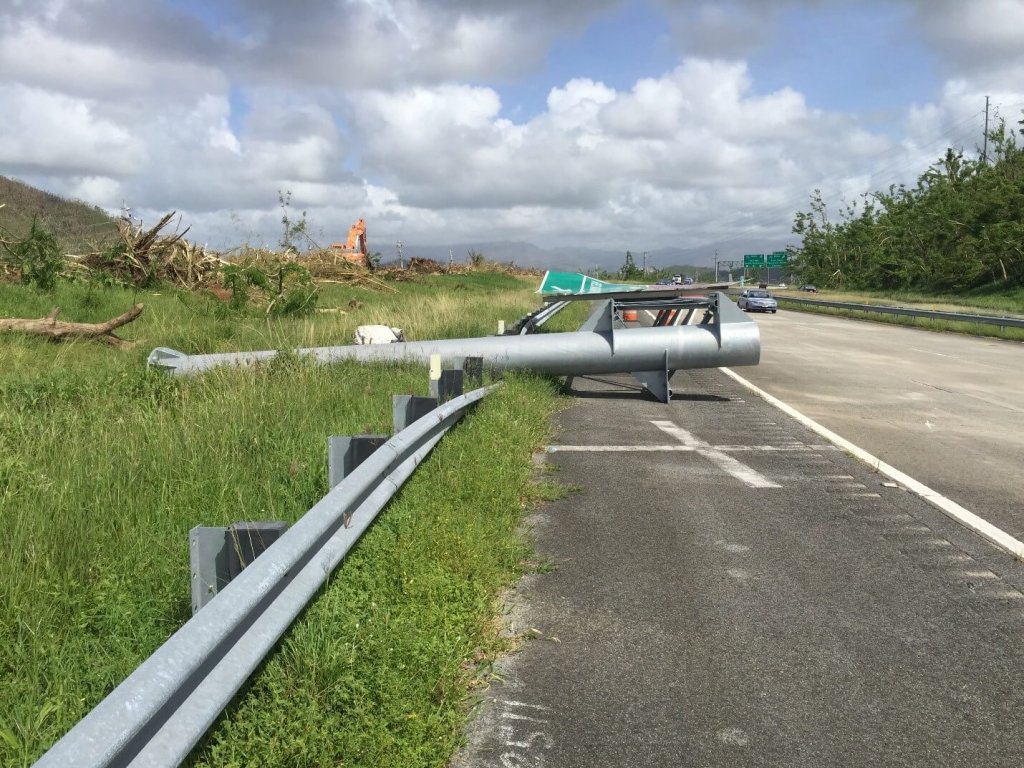 Hurricane Maria left devastating effects on Puerto Rico, its people, and its economy when the storm struck in 2017, with the National Oceanic and Atmospheric Administration Office for Coastal Management totaling the damage at $90 billion. Some of that damage impacted the island’s transportation systems and infrastructure too.

Now, research from UTC partners at the Polytechnic University of Puerto Rico (PUPR) is examining ways to make pedestrian and traffic infrastructure more resilient in the area, so that these transportation lifelines can be better prepared for future hurricanes and extreme weather events.

“It’s just a matter of time before we get another one,” said Héctor Cruzado, professor and department head at the Department of Civil and Environmental Engineering and Land Surveying at PUPR. “I don’t know if it’s going to be next year, or 10 years, or 15 years from now, but overall we want to better understand what happened during Hurricane Maria so that we can better prepare our infrastructure in the future.”

Cruzado and a team of researchers are looking at three important pieces of infrastructure that failed during the storm: traffic signs, pedestrian bridges, and vehicular bridges. They hope to find out what exactly caused these structures to fail, and also plan on investigating the wind speeds generated during the hurricane. 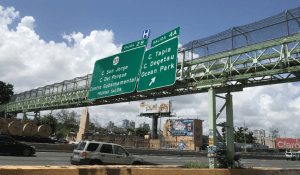 For this project, they will develop a series of reports, case studies, and a comprehensive database that will act as resources for future infrastructure projects in Puerto Rico, improving the resilience of the island’s transportation network.

To accomplish that, one stakeholder they are working with is the Puerto Rico and US Virgin Islands (PR/USVI) Division of the Federal Highway Administration (FHWA). Cristóbal Afanador-Hernández, a highway engineer at the FHWA-PR/USVI Division said that the findings from this research will help him be more aware of possible risks that can cause bridge failure.

He has been working with researchers at PUPR to provide detailed damage-inspection reports, aerial pictures, on-site pictures, and other related information.

“I’m looking forward to seeing what was the most common cause of bridge failures,” Afanador-Hernández said. “This information will be very valuable in helping us build back more resilient.”

Researchers at PUPR are looking at three types of traffic-sign supporting structures that failed during the hurricane: steel truss cantilever guide signs anchored to a concrete pedestal, guide signs supported by I-sections with break-away systems, and small regulatory signs supported by a single tubular or U-channel post.

For each type of traffic sign, different modes of failure are being documented and geo-located, Cruzado said. For example, they will be looking at structural damage found in some small regulatory signs, such as stop signs, while examining the break-away systems in some of the damaged traffic signs supported by I-sections.

Researchers have been taking samples of the different signs to determine, by experimental testing, the mechanical properties of the materials. Specific case studies are also being selected to further investigate and determine the wind speed that caused the failure.

“We think that wind speeds that have been reported are inaccurate,” Cruzado said. “We are going to calculate the wind loads that caused damage to the traffic signs during our testing to further investigate this. Also, we are going to test to determine what were the causes of failure, and then offer suggestions on how to improve infrastructure resilience to avoid future damages.”

Some pedestrian bridges failed during the storm too. To investigate this, the team is developing two types of studies: an inventory of failures in the San Juan Metropolitan Area (SJMA), and the advanced analysis of a case-study pedestrian bridge that experienced large deflections in the plastic range.

For the first study, 34 pedestrian bridges are currently being visually inspected in the SJMA. This includes several field visits done by the researchers, as well as bridge-geometric data being collected using surveying instruments and drones.

This information will be put into reports, analyzed, and used to improve future designs of pedestrian bridges in Puerto Rico, Cruzado said.

He said the case study will look at a bridge that was built without traffic signs originally, but had them added on years later. During Hurricane Maria, the bridge was deformed in a way that made it necessary for it to be removed.

“So, we think this is a very interesting case, and want to find out if them attaching signs to the bridge might have contributed to the failure,” he said. “We will do some modeling and determine the wind speed to examine what caused the bridge to become deformed.”

On top of gathering more information about pedestrian bridges and how to make them more resilient going forward, Cruzado said researchers also plan on commenting on the practice of attaching signs to these pedestrian bridges, based on the results of their case study. 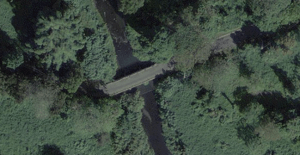 Researchers identified 24 vehicular bridges that collapsed due to the storm. Currently, they are working on gathering all available data on these pieces of infrastructure in order to create a comprehensive database for future researchers to use.

“Right now information on these bridges is scattered,” Cruzado said. “There are pictures on social media, data from official government reports, and more. By gathering all of this into one place, we will be able to create a one-stop reference for future projects so they will be built stronger than before.”

He said the team is gathering information from technical reports, official transportation government agencies such as the Puerto Rico Department of Transportation and Public Works and the Puerto Rico Division of the Federal Highway Administration, the Federal Emergency Management Agency (FEMA), technical conferences, news outlets, and social media. 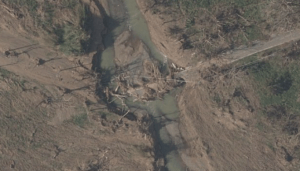 When they are finished, they will put together a database that people can look at to get a sense of why these bridges failed, can explore for potential design improvements regarding exposure to high winds and hurricanes, and can use to benefit safety overall.

He said these projects will generate a lot of information between the database, technical reports, and case studies, that can be used in future research to build more resilient bridges, signs, and infrastructure.

“So, what we are trying to do specifically is find out why these structures failed,” Cruzado said. “We can hopefully use this data and what we learn so that future bridges are more resistant to hurricanes and extreme weather.”