Rutgers School of Engineering (SOE) doctoral student Milad Salemi was asked to present his research at a December event that was part of the USDOT 50th Anniversary celebration.

The Pipeline and Hazardous Materials Safety Administration (PHMSA) collaborated with FHWA to host a “Future Leaders in Transportation” workshop encouraging high school students to pursue STEM fields and opening their eyes to the multi-faceted opportunities in the transportation industry.

Salemi was one of only two graduate students invited. The invitation “STEMmed” from a PHMSA project he is working on with SOE civil engineering faculty Dr. Hao Wang and Dr. P.N. Balaguru. CAIT supported Salemi’s initial research with funds from its National UTC grant, laying the groundwork for the PHMSA research contract he is working on now.

The project centers on developing an composite coating to protect pipelines against corrosion and for use in their rehabilitation and repair. Under the guidance of his faculty mentors, Salemi is using nanomodification and fiber reinforcement to make the inorganic coating an effective barrier against rust and other corrosive processes, while at the same time resisting abrasion and adding strength. The material will be as fast and easy to apply as paint, facilitating quick repairs, but, unlike paint, it will molecularly bond with the pipeline material and last for many decades.

Salemi told the students about his experience growing up in Iran. “In my country, engineering and medical professions are held in the highest regard,” said Salemi. “When I was still quite young, I realized that my skill in mathematics was a key that could unlock the door to almost any technical career I could imagine.”

As part of the workshop, the students were split into two groups and asked to develop a solution for the same problems Salemi and the other speaker from University of Maryland Sepehr Ghader, were tackling with their research.

“We told the kids not to limit their ideas with preconceived ideas about what was practical or possible. It was great to watch them stretch their imaginations working on problems they probably never thought of before.”

Salemi and Ghader helped the students develop their own solutions and a proposal, then present their ideas to USDOT Deputy Secretary Victor Mendez, who selected the winning group.

“Overall, the event was a huge success,” said Pipeline and Hazardous Materials Safety Administrator Marie Therese Dominguez, who oversaw the event. “We were thrilled to host [the speakers] and hear about the research they’re doing, and we thank them for inspiring their ‘near peers’ in STEM.”
“As we celebrate the department’s first 50 years, it’s important we keep an eye toward the next 50 years. Events like this one make me very hopeful for the future and safety of our transportation system, and the next generation of transportation leaders,” said Dominguez. 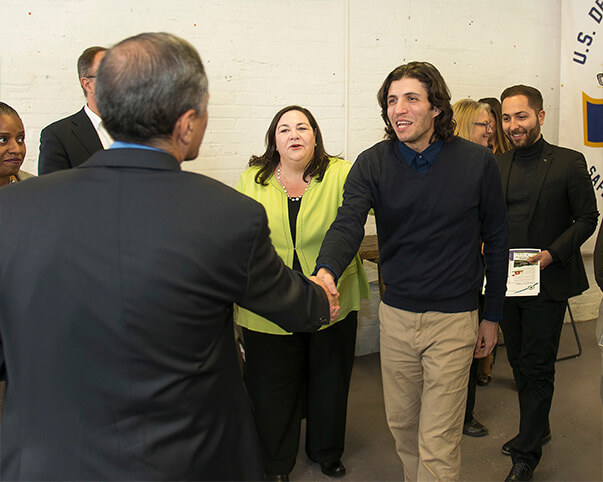 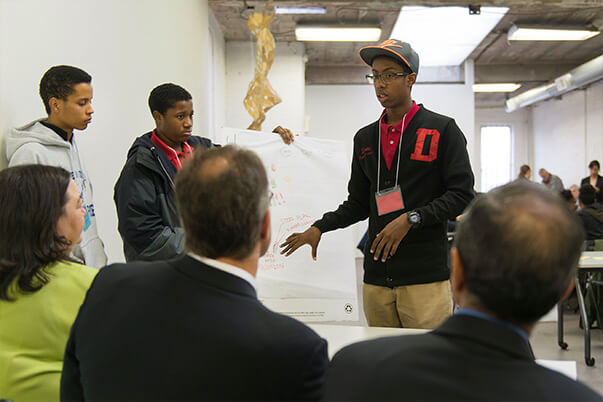 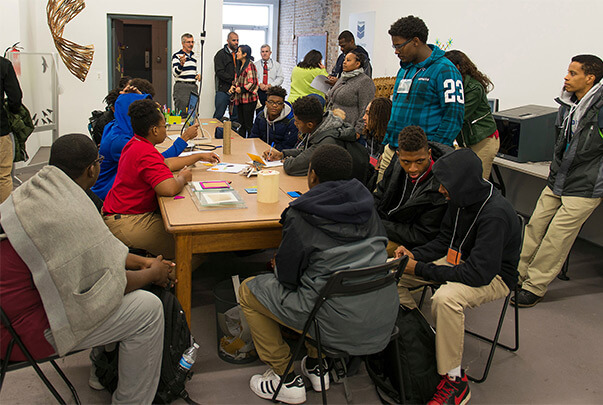 Salemi mentored a team of students in exploring solutions for pipeline ruptures and then they presented their ideas to the judges (top). Salemi was one of only two graduate researchers invited.

The students worked in groups at the “Future Leaders” event. Photos: USDOT/PHMSA 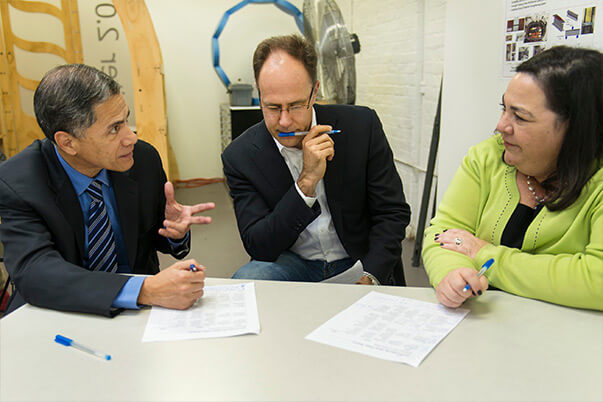