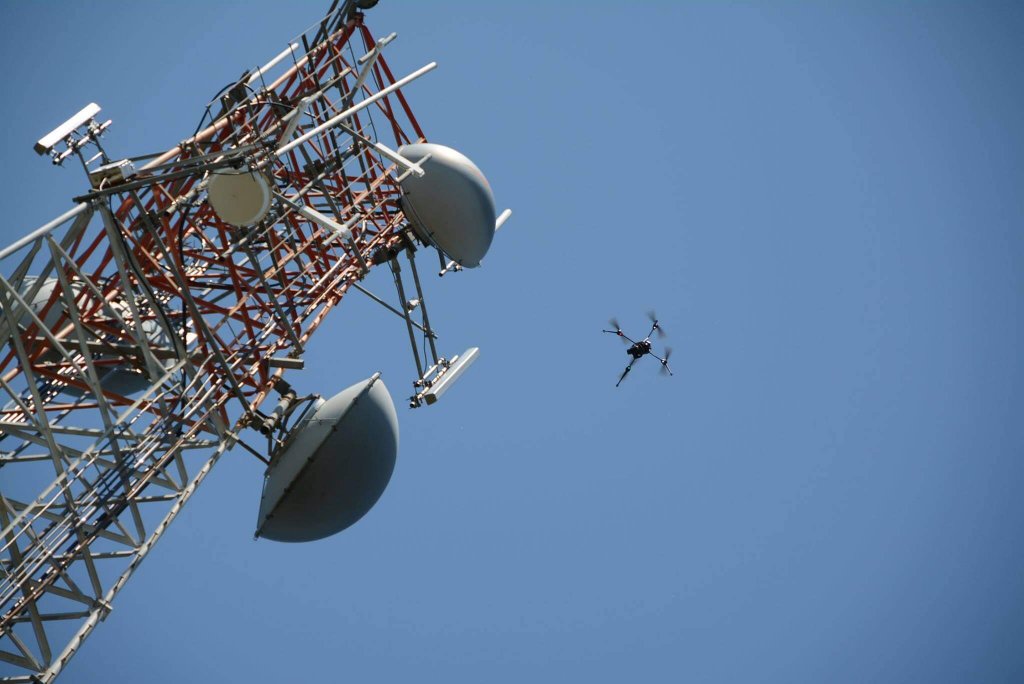 ACCC students enrolled in the drone program get hands-on experience through classes such as “Aviation Weather,” “Remote Sensing Using Unmanned Aircraft Systems,” and “Introduction to Geographic Information Systems,” as well as getting out in the field. Photo ©ACCC.

Atlantic Cape Community College (ACCC) is helping its students enter the multi-billion-dollar drone industry in two ways: with micro-credentials offered through a new degree program, and by establishing the college’s drone-pilot certification program as the industry standard.

Plans for its two-year associate’s degree started more than a year ago when the college received funding through a National Science Foundation (NSF) Advanced Technological Education (ATE) grant, which is a program particularly for community colleges to develop technician-training initiatives.

Now entering year two of its funding, ACCC is launching its Applied Science for Unmanned Aircraft Systems Field Technicians degree and a series of micro-credentials that stack into it, beginning this fall semester.

“We really wanted to identify a credential that a potential contractor could hold, that would give an owner a level of comfort knowing that they are capable of doing what it is they are being hired to do,” he said.

Lauren Moore, executive director of the Atlantic County Economic Alliance, said the ACCC drone program is important for preparing the region’s workforce for this emerging industry.

“Atlantic County Economic Alliance is really excited to see ACCC increasing their drone offerings, we believe that the emerging drone workforce is critical to the future of innovation and economic growth for the aviation clusters in both Atlantic and Cape May County,” he said. “ACCC is an important partner to our region in preparing our workforce to supply the needed talent to this exploding industry.”

The Association for Unmanned Vehicle Systems International (AUVSI) estimated in 2013 that drone-based businesses would generate $82.1 billion in economic impact between 2015 and 2025. The organization estimated that New Jersey would see approximately $1.6 billion of that, along with 2,000 drone-related jobs in the state over those 10 years. 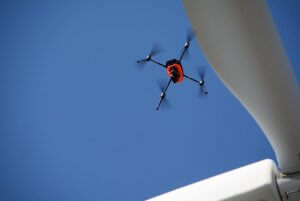 After federal regulations were approved in 2016, ACCC rolled out its initial certification program, which the new degree and certifications build on. Since that time 140 students have gone through ACCC’s licensing program, and a new cohort is slated to begin classes in September.

In a growing field, having the right qualifications can help students find jobs and advance their careers. To make that possible, the associate’s degree has a lot of hands-on experience built into its curriculum.

Students take courses such as “Aviation Weather,” “Remote Sensing Using Unmanned Aircraft Systems,” “Introduction to Geographic Information Systems,” and more. Taggart said they use resources on and around campus too, such as assembling and maintaining a small fleet of drones, inspecting wind turbines in Atlantic City, inspecting oyster reefs and participating in horseshoe crab surveys in Cape May County, and inspecting a solar panel array and cell tower on campus.

Taggart said they will learn everything from flying the drone to using it for data collection, understanding data, remote sensing, Geographic Information System (GIS), more.

“Flying is probably the easy part,” he said. “It’s maintaining the drones and understanding how to apply them to different situations that are critical.”

“This program prepares students for a career as a small unmanned aircraft systems technician,” Taggart said. “They will be able to demonstrate a basic proficiency in the area of sUAS operations, general maintenance and repair, the use of a sUAS for the collection of and pre and post-processing of aerial images and videos, and geospatial data collection.”

In September 2016, FAA released the rules for becoming a certified remote pilot for commercial purposes. Taggart said the rules require a multiple choice test based off of aeronautical knowledge, as well as commercial regulations, but no flight review is involved. 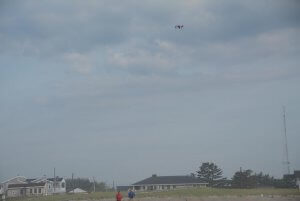 Students learn how to fly and maintain the drones, as well as how to use them for data collection, inspection, and more. Photo ©ACCC.

“It is like teaching somebody how to pay tennis, and then giving them a multiple choice at the end to see how well they can play tennis — there is no burden of proof on the person being certified to prove that they can actually do what they say,” he explained.

To address this, ACCC is partnering with AUVSI to develop a rigorous certification program that includes skill reviews, as part of its University Transportation Center (UTC) project. Their goal is to create an industry-recognized program so that students leave with something they can use to prove their abilities to employers.

In September of last year, AUVSI announced its Trusted Operator Program (TOP)—a certification program that organizations and individuals can go through. It works like an audit, but also includes a practical skills review component. ACCC’s UTC project was to identify an accrediting body: AUVSI. They are now working to identify key prerequisite skills and turn that into a TOP certified training program at the college.

The end goal is to help students in the program stand out when they move into the industry.

“When a contractor puts out an RFP for drone services, we want them to know that our students are coming from an industry-standard program,” Taggart said.

ACCC is not the only UTC partner working on new degree programs. Barbara Christie, Dean of the School of Engineering Technology at Farmingdale State College said the she is working to develop micro-credentials and certificates in infrastructure cybersecurity and emergency preparedness.

“We are researching appropriate competencies that will build off our Security Systems and Computer Security Technology programs,” she said. “We expect training to be delivered both for-credit and as professional development.”

Farmingdale State College is working with a number of perspective clients on this project, and have also received a letter of support from the New York Metropolitan Transportation Council (NYMTC).