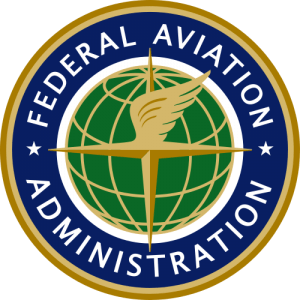 The FAA has announced a new group of schools set to join the UAS-CTI program. Photo ©Wikimedia Commons.

According to a news release, the UAS-CTI program allows educational institutions to collaborate with the FAA to help students pursue careers in aviation. The program recognizes those institutions that have been preparing students for careers in UAS, or drones, and this new class of 15 joins 26 other schools that have already been selected to participate in the program.

Launched earlier this year in April, the UAS-CTI program allows participant institutions to engage with the FAA, each other, general industry, local governments, law enforcement, and regional economic development entities to address labor force needs. The goal being that UAS-CTI school graduates will have the knowledge and skills needed to pursue a successful career in a UAS-related field.

Both Atlantic Cape and the Center for Advanced Infrastructure and Transportation (CAIT) have been at the forefront of this technology and making investments in drones both for research and student opportunities. Notably, Atlantic Cape recently launched its Applied Science for Unmanned Aircraft Systems Field Technicians degree and a series of micro-credentials that stack into it.

The school also joined forces with fellow UTC partners at Rowan University in an ongoing research project that will send five students to help investigate potential improvements to artificial intelligence and machine learning algorithms. The larger goal being to further develop these technologies to learn from and adapt to a perpetually changing environment.

The Atlantic Cape students will be helping Rowan by piloting drones equipped with high definition cameras to collect geographically referenced images of Atlantic horseshoe crabs, cranberries, and blueberries. With this data collection, they will aid in the research by developing datasets that can be used for machine learning, object detection, and counting, officials said.

According to the FAA news release, post-secondary institutions with UAS curriculums seeking recognition as UAS-CTI partners may still apply for this distinction. Program guidelines are posted on the FAA website. The FAA Reauthorization Act of 2018 (Public Law 115-254) required the FAA to establish a collegiate training initiative program relating to unmanned aircraft and to establish a process to designate consortia of public, two-year institutions of higher education as Community and Technical College Centers of Excellence in Small Unmanned Aircraft System Technology Training.

The total list of 15 new schools selected to join the program are: