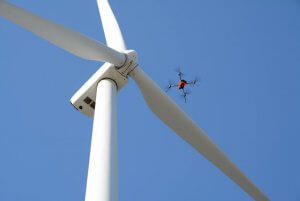 ACCC is working to help develop the drone kickstarter program that is designed to promote entrepreneurship and innovation among students interested in the technology. Photo ©ACCC.

Partners at Atlantic Cape Community College have announced an agreement with Sinclair Community College that includes hosting a drone kickstarter program as part of an initiative to promote entrepreneurship in the growing UAS field.

The $545,000 grant will help the college and its partners meet regional needs in Unmanned Aircraft System (UAS) technology and provide opportunities for students to explore innovative business ideas, according to news reports.

One of those partners is Atlantic Cape Community College (ACCC), part of the Region 2 University Transportation Center (UTC) Consortium led by Rutgers Center for Advanced Infrastructure and Transportation (CAIT).

The overall grant will fund a 3-year project that culminates in an entrepreneurship kickstarter competition to support students interested in forming high-tech UAS-related startup businesses.

“What this means for our students is that a whole host of careers within the drone industry are available to them, said Jim Taggart, Professor of Aviation Studies in a news release from ACCC. “Students can start businesses in almost any industry that requires a drone, from law enforcement to filmmaking. UAS is all about being entrepreneurial.”

The program will help train students with an entrepreneurial spirit in new and emerging technologies such as sensors, avionics, software, and more, according to ACCC. Officials said that in year 3 of the project is when ACCC will actually host Sinclair’s UAS Entrepreneurship Kick-Starter Competition.

The Association for Unmanned Vehicle Systems International (AUVSI) estimated in 2013 that drone-based businesses would generate $82.1 billion in economic impact between 2015 and 2025. The organization estimated that New Jersey would see approximately $1.6 billion of that, along with 2,000 drone-related jobs in the state over those 10 years. The current growth of UAS technology calls for new demands for workers with drone skills across a variety of industries ranging from engineering to environmental science and more.

Both ACCC and CAIT have been making investments in this growing technology, notably, ACCC recently launched its Applied Science for Unmanned Aircraft Systems Field Technicians degree and a series of micro-credentials that stack into it. The degree program is helping students enter the multi-billion-dollar drone industry through these classes and credentials, as well as by working to establish the college’s drone-pilot certification program as the industry standard.